Rehman did India proud by winning double Oscars at the 81st Academy Awards. I was up at 6.30 and even without brushing my teeth was in front of T.V. Shortly my wife joined me and we were glued to it till 10.30 A.M jumping on various occasions first for Resul Pookutty, then for Rehman and also for Pinky. Finally it was a moment of great joy and pride to see the kids and the caste of Slumdog Millionaire for the Best Picture.

We were all bogged down by different things and needed a break. Ooty was planned and we called Kanni and he confirmed his presence with his wife aka Susi. The plan was that we both contribute equal amounts to the trip. I took  off from Dec 24th to Jan 2nd (6 days PL). Kayar was also off and Smitha was in her holidays too.
We started on 24th morning, at 6.00 AM and off through Mysore road. We again missed the Kamat and deliberately went past Cafe Coffee day. But it was a good thing as we ate in a KSRTC hotel and it was not only good but economic as well. I was driving and told that I would give it only at the

start of hair-pin bends in Masinagudi. The route we took was Bangalore –> Ramanagaram –> Channapatna –> Maddur –> Mandya –> Srirangapatnam -> Mysore -> Nanjangud -> Gundulpet -> Bandipur -> Thepakkadu -> Masinagudi -(36hairpin) -> Ooty. My brother-in-law took over at Masinagudi and drove till Ooty. It was a very steep climb and quite dangerous if you not a good driver. Kanni is a pro and so we did not worry. We stayed at 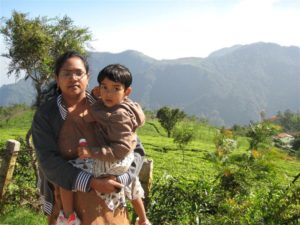 TTDC which was in a good location calm and near the market as well. But the rooms were not the best and there was no view too. But we planned this tour late and so did not get many options. On the first day we did not do anything other than eat at a hotel and talk with Raja-Panimozhi who also happened to be there. At night we went to the market place, bought
some choco at King’s cross and some woolen head-wear.
Next day morning we went to doddabetta and then to Conoor. The drive 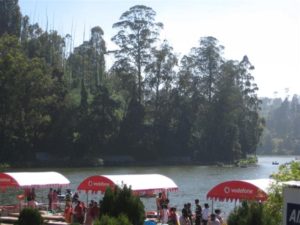 was excellent. In conoor we saw Sims Park and then drove to Lamb’s rock and Dolphin’s Nose (saw Canning Lady mountain on way). We also stopped at a Chai shop and bought some spices and tea as well. We finally found a decent hotel and ate there almost on all occasions till we left Ooty. Next day we went to Ooty Lake for boating. We got 2 deluxe self pedalling boats (4 capacity and 2 capacity
exclusive for newly wed). But our boat was fine while their’s was not so and they had to toil hard to move it. We then left to Botanical Garden and 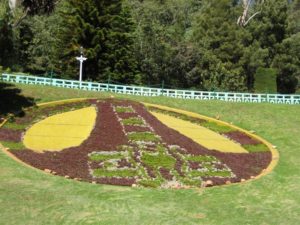 by that time the Sun was quite hot and we were not feeling good. By the time we left we were exhausted and started towards Brindha’s home near Tiruppur. We reached her home around 6.30 PM and she was excited. We stayed there next day full. The following day the Plan was to go to Bangalore but we changed and went to Pondicherry instead. Spend some time with people there and returned to Bangalore.

All in all it was an enjoyable trip, but the sun on the last day in Ooty is still remembered by us and so was not in the same league as Coorg.